Emiratis and Indian golfers battle for glory in Friendship Cup

Popular tournament supported by Volkswagen, Al Nabooda Automobiles Dubai, 17 March 2015: A host of Emirati and expatriate Indian golfers came together at the weekend for a round of golf and spirited competition in the India-UAE Friendship Cup. Supported by Al Nabooda Automobiles, the exclusive distributor of Volkswagen in Dubai and the Northern Emirates, the Dubai leg of the tournament at the Faldo Course of Emirates Golf Club was hailed an overwhelming success. 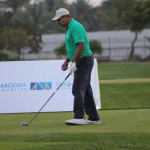 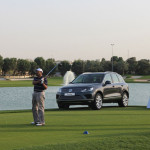 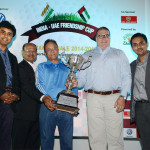 Thierry Seys, Volkswagen General Manager at Al Nabooda Automobiles said: “This event is a great way to bring together two large communities in the UAE and the second year of the tournament is proving to be a big success. “We lend our support to events of this nature to provide added value to our customers and help to develop a range sporting competitions in the UAE “The cultural exchange element of this tournament is reflective of Al Nabooda Automobiles’ commitment to developing sporting events that encourage UAE residents to bond over mutual passions.” The India-UAE Friendship Cup was introduced in 2014 to promote cultural interaction between the UAE’s Indian expatriate community and the growing number of Emiratis who have a passion for golf. Dhruv Verma, CEO GolfLAN added, “The event had great participation, including the Counsel General of India, H.E. Anurag Bhushan. The tournament was conceptualized by GolfLAN and one of its initiatives is to improve relationships between Indian and the UAE, and their political and bilateral ties.” Captions: 1. The golfers at the India-UAE Friendship Cup, sponsored by Al Nabooda Automobiles, pose for a picture to capture a memorable day of golf and socialising. 2. Thierry Seys, Volkswagen General Manager at Al Nabooda Automobiles, celebrates with Mr. Narendra Swarup, winner of the India-UAE Friendship Cup golf tournament. 3. The new Touareg sits by the Emirates Golf Club lake while players pitch to win the cup.

Get a free Oettinger sports kit worth AED 22,000 for your Golf GTI

There are cars. Then there’s "Das Auto". It is not only one of the most important German makes, but it has also become a highly desirable brand in the nation. Al Nabooda takes pride in being the driving force behind that trend.

Audi is a symbol of sportiness, progressiveness and sophistication. Al Nabooda Automobiles provides you services that match those parameters. It only shows that like the brand, we too thrive on 'Vorsprung durch Technik'.

Al Nabooda Automobiles is the authorised importer and dealer for Porsche in Dubai and the Northern Emirates of UAE. Committed to providing our customers with superlative pre and post purchase experience, we have developed world class Porsche Showrooms and Service Centres in Dubai, Sharjah and Fujairah.